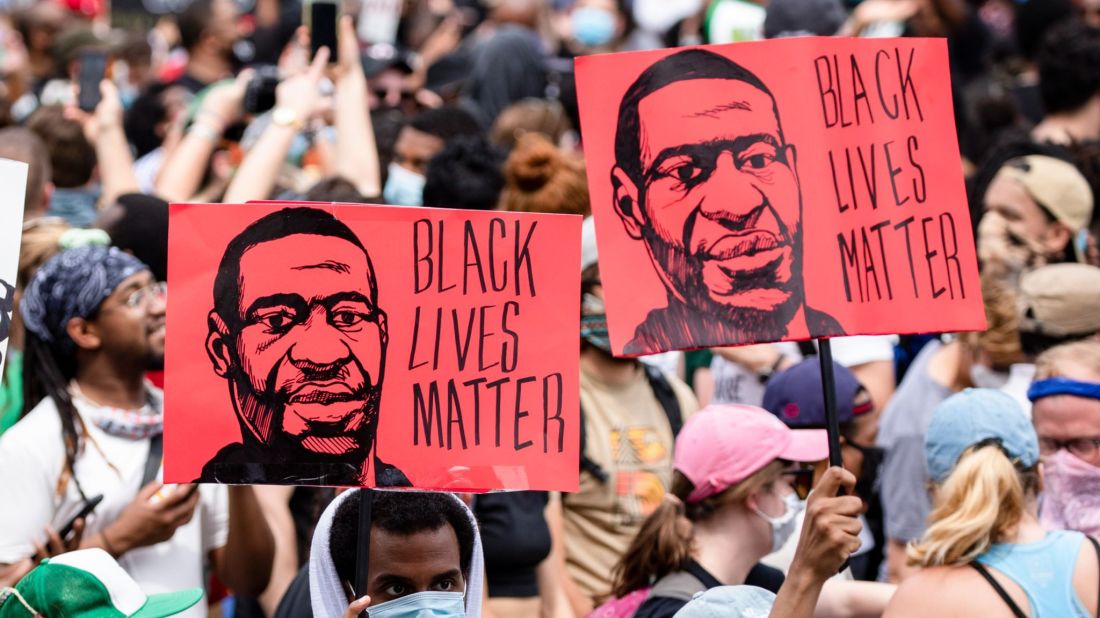 George Floyd; a name that you have likely heard in the past few weeks after a graphic video went viral of four Minneapolis, Minnesota police officers kneeling on Floyd’s neck for nearly nine minutes after his arrest. In the video, Floyd is seen begging for air and claiming “I can’t breath” for most of the recording. Shortly after the video was taken, Floyd was pronounced dead while in police custody on May 25, 2020. Unfortunately, this obviously isn’t the first case of racial injustice in the United States, this is merely another event in the long history of these inexcusable actions. Floyd’s family is in shambles looking for answers as to why their son’s death had to happen. They believe that the officers involved should not only be fired but charged with the murder of their loved one. As of 12 PM May 29, 2020, the four officers involved have been officially fired from the police department. However, they have not been charged with any criminal offense whatsoever. This lack of action by the Minnesota police chief, Minneapolis Mayor, or even Governor of Minnesota has caused outrage among people in Minneapolis. What began as peaceful protests with chants including “George Floyd” and “I Can’t Breathe”, quickly turned violent. On the evening of May 27th into the early morning of May 28th, riots and looting broke out. Thousands of people began breaking into stores and setting fire to the buildings. A precinct building in Minneapolis was targeted and burnt to the ground by rioters in the city. Fireworks have been lit off at police officers trying to quell the rebellions.

Floyd’s death has shaken our nation to the core. Vast amounts of African-American activists and everyday citizens have spoken up against the injustices that occurred in Minnesota. Celebrities have spoken up against the officers and the death of Floyd. Star basketball legend Lebron James posted on Instagram a juxtaposed picture of the officer kneeling on Floyd and former NFL quarterback Colin Kaepernick kneeling during the national anthem with a caption reading  “Do you understand NOW!!??!!??” Or is it still blurred to you??”

The President of the United States has tweeted in response to Floyd’s death and the riots in Minneapolis by saying “I can’t stand back & watch this happen to a great American City, Minneapolis. A total lack of leadership. Either the very weak Radical Left Mayor, Jacob Frey, get his act together and bring the City under control, or I will send in the National Guard & get the job done right…..These THUGS are dishonoring the memory of George Floyd, and I won’t let that happen. Just spoke to Governor Tim Walz and told him that the Military is with him all the way. Any difficulty and we will assume control but, when the looting starts, the shooting starts. Thank you!” The latter half of this message was flagged by Twitter for breaking a policy against glorifying violence. Many leaders in the state of Minnesota have spoken out against President Trump’s statements claiming that the state does not need national assistance; they need to work this out among themselves in fear of riots and looting becoming worse with national interventions. This is only the start of what is likely going to be a long series of outraged individuals speaking out against the racial injustices they have faced for far too long. Names like Treyvon Martin, Ahmaud Arbery, and George Floyd should not be forgotten and thrown to the wind.

In continuing with the main goals of The Hilltopper, our team would like to hear from you regarding George Floyd, racial injustice and the Black Lives Matter movement. We are always open to obtaining articles and op-eds from members of the Saint Anselm community and want to be a platform for your voices to be heard. Anyone wishing to release any writing can submit it in email to the Editor-in-Chief of the Hilttopper, Jackson Peck at jpeck339@anselm.edu or the Hilltopper’s Coordinator of Off-Campus News, Bryan Lavoie at blavoie438@anselm.edu.

Update: On May 29, 2020, the officer who was seen kneeling on the neck of George Floyd has been brought into custody and charged with third-degree murder as well as manslaughter. Nothing has yet been announced regarding the other three officers involved.

View all posts by Bryan Lavoie