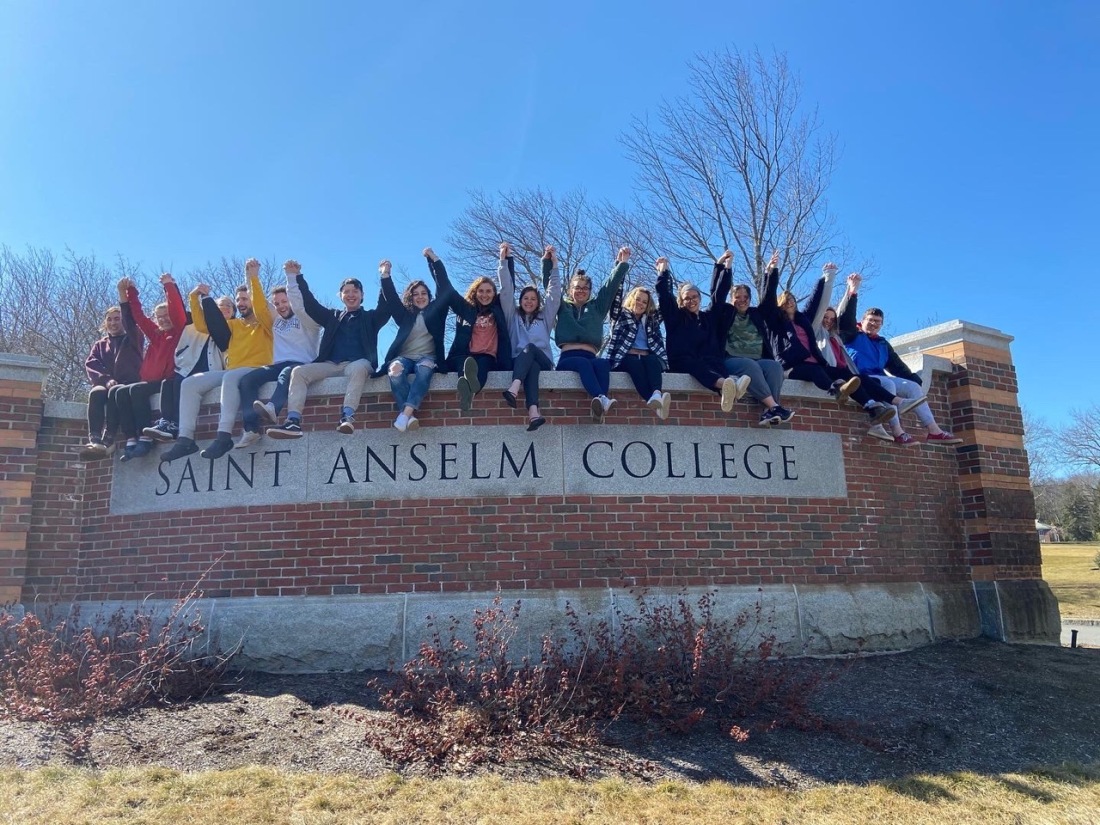 Over the past few weeks, colleges and universities across the nation have faced uncertainty, confusion, and fear in light of the novel coronavirus (Covid-19), and Saint Anselm was no exception. The administration’s initial response, which included canceling planned lectures and events but remaining committed to keeping campus open for the remainder of the semester, sparked widespread confusion among the community.

Widely spread rumors on campus of shutdowns and students with the virus did not quell anxieties, with emails from the president’s virus task force often leaving them unmentioned. Throughout the week, the Preparedness Task Force sent daily emails to update the campus community and reassured everyone that they were doing everything possible to keep students on campus for the remainder of the semester.

When nearby Southern New Hampshire University announced it would be extending its spring break because of the spread of the virus, many wondered if Saint Anselm would soon follow suit. Instead of suspending classes and sending students home, the board of trustees and other school administrators tried to prolong students’ stay on campus. Various departments began circulating informative posters and encouraging students to wash their hands, while administrators maintained that every possible action was being taken to ensure students stay on campus.

Rumors of students who had the virus residing on campus were rapidly spread around, with professors and even health services staff unable to verify them. Students were left to wonder if they should cancel club meetings and other gatherings to prevent the possible spread of the virus; the lack of clarification on the issue until late Thursday night aided the spread of disinformation. While the administration was involved in all-day meetings on whether or not to suspend classes and other activities for several days before the announcements, concerns were mounting about the spread of the virus in the area, with a case confirmed in neighboring Bedford just a few days before the closure.

When other college students were being sent home or having their spring breaks extended for several weeks, Saint Anselm students were often left without direction for how their school was reacting to the growing crisis. Recommending that students not leave campus except for essential activities, banning those who were not members of the school community from campus, and suspending Meelia Center volunteering seemed to be meant to push off the inevitable step of shutting down the school for the safety of students, staff, and the greater community.

The lack of information sent to students in the process of deciding to move courses online and close down campus caused confusion; Katie Monahan ‘23 noted that “[the administration] was trying to calm us but also not give us any information” and “didn’t gauge the climate outside of Saint Anselm” in keeping the community in the dark about next steps.

Confusion about the administration’s course of action led to uncertainty among students until last Friday when an email sent to all employees and students of Saint Anselm College from Dr. Favazza announced the closure of the college within 48 hours. Students were told they had until Sunday evening to be fully moved out, generating potential problems for those who reside outside of New England or overseas. A week after the initial announcement of the closure, Dr. Favazza informed students that the campus would be closed for the duration of the spring semester; he added that there would be refunds for room and board fees, but the details of that would be coming at a later time.

Among those most academically and emotionally affected were Saint Anselm’s seniors, many of whom were preparing to take their comprehensive exams and begin the search for jobs to start their post-graduation career. Julianne Plourde ‘20 noted that her professors were aiding the transition to online classes, saying:

“I have also been impressed with the amount of professors/faculty/staff that have reached out to the students and offered their personal support if necessary. They have been having virtual office hours, giving out their phone numbers, and letting us know that they are there. I think this is especially helpful to the seniors as we try to apply for jobs and figure out what we are doing after graduation.”

Plourde also noted the head of the politics department reached out to seniors informing them of the cancellation of the comp exams, giving them “…one less thing to worry about while making the transition to online classes.” She said that seniors are “hopeful for a graduation,” and feels that “the administration has put seniors first, and [they] have all gotten closer” during this moment of uncertainty.

Maggie is the On-Campus News coordinator for The Hilltopper. She is a sophomore politics and English double major, TEDA member, and Kevin B. Harrington ambassador. View all posts by Maggie Peterson