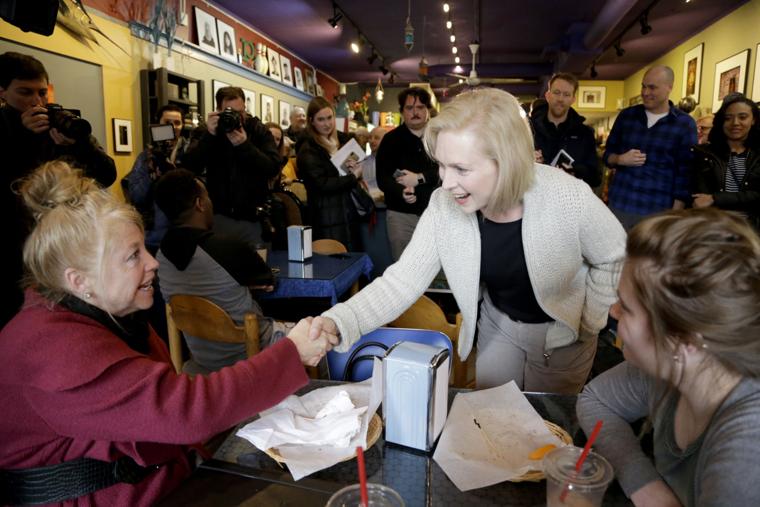 Senator Kirsten Gillibrand (D-NY), who made national headlines when she called on fellow senator Al Franken (D-MN) to resign after he was accused of sexual misconduct, will be in New Hampshire this weekend. Gillibrand is campaigning for the Democratic presidential nomination after filing an exploratory committee with the Federal Election Commission.

First appointed to the Senate in 2009, after Hillary Clinton’s resignation, Gillibrand has represented the Empire State for ten years. She was instrumental in repealing Don’t Ask, Don’t Tell, which prohibited gay and lesbian servicemembers from serving openly in the Armed Forces. She has also gained notoriety for taking on top military leaders over the issue of military sexual assault and harassment. Her legislation to reform the military justice system was unsuccessful, but she was able to get the support of Republican lawmakers like Senators Ted Cruz (R-TX) and Rand Paul (R-KY).

Gillibrand has received criticism from the left for previously having more conservative stances when she was a congresswoman from rural New York from 2007-2009. Gillibrand has since apologized for some of her previous beliefs and has said she was wrong.

The New Hampshire Young Democrats are hosting a Pints & Politics event with the presidential hopeful at Stark Brewing Co. on Friday night. After her stop in Manchester, the candidate will head to campaign stops along the Seacoast and in the North Country for the rest of the weekend. You can register for the Pints & Politics event here.

Nick Fulchino is the Editor-in-Chief of The Hilltopper and a senior at Saint Anselm College. He is from Pomfret, Connecticut. View all posts by Nick Fulchino